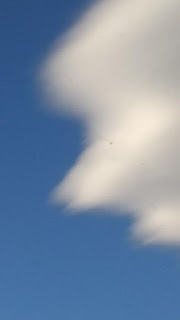 Reports from the north suggest there is snow in Carson City, more in Reno and lots more on Donner Pass…  Here in the south it is all about protecting frost sensitive plants…   On the eastern seaboard they are in the mitts of a named storm…  We forget how good we have it here.  Still, once acclimated to summer heat, 47 degrees, especially with a wind, (and god knows we have wind) is cold… so we reserve our right to complain.

The new house is weather tight, so am hiding inside… thinking about outdoor chores…  Playing Music… And the music recalls an issue..

Said to have been inspired by an old black guy who Mark knew who explained that touring the Southern states in a choir required a certain sacrifice to segregation.

Sadly, there was a recent time where the color of your skin meant you COULD NOT… could not stay in hotels… could not eat in restaurants… Here in Las Vegas, Sammy Davis Jr could not stay at the hotels where he preformed… instead he had to stay at a west side guest house… a boarding house, a kind of ethnic B&B.

We have one preserved guest house, evolving into a museum the Historical Harrison Guest house.  In a world where we are accused of having too many house museums this would be one with a special message, speaking to an issue of local history.

In the time of President Obama, it is easy to forget or deny that there once widespread segregation.  As an old white guy I like to think that is now somewhat past that issue… I am not sure if I am write, but it’s a nice thought… But if not completely, but moving there… we need to remember… remember that in the past it was not a kinder gentler world…  and the Harrison Center might be that place to remember here in Southern Nevada…

Back to the weather… even when grey in southern Nevada it is not grey… the cold skys lead to ice clouds, and the high winds create wonderful patterns...  we are surrounded by mountains, and they along with broken clouds create spectacular sunrises and sunsets…  both photos from the library window… 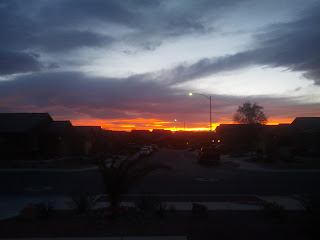 Posted by Randy Hees at 8:51 AM No comments:

I was invited to a dinner party on Dec 30th… a wonderful dinner party, with good food, and good wine, and  lots of (good) interesting conversations… The kind of conversations that make you feel like all is worth it… From a connection from Nevada Arts…

The hostess handed out a sheet with questions… it was not clear if we were to answer them or just discuss them… at our table one answered… the rest discussed… and one question resonated… “What Did You Change this Year….”  Paraphrasing… I didn’t bring the sheet home… and didn’t transcribe it…

And, I realize that the answer was that I remade myself…  At the end of last year (2015) I was in a failing marriage, living in the San Francisco Bay area… Retired… a house husband serving as cleaning lady and cook… and now, in late December 2016, now as I write this in early 2017, I am living in Nevada, in my new home, with a job I love… I have found new friends… friends that invite me to dinner parties… Fiends to go to lunch with… maybe friends to go on a date with… but still have the family… family in SF, in Tucson, in Virginia… Family…

I have lost things… my close connection to the Bay Area… to friends there… but have gained things here in Nevada to compensate.

New Years was at home… but not just at home… at my nearby neighbors… they of Philippine heritage…. With Philippine food… spectacular food with their friends, now neighbors… and now I have new neighbors across the alley… My block is evolving into a neighborhood.
In the park across the street, there was a last 5K race of 2016, then a first 5K race of 2017…  all racing up the street in front of the house…

At (near) Midnight the “Strip” and the entire valley erupted in fireworks… all visible from the balcony… All of concern to the dogs, my roommates… For the first time Miss Elliott slept on the bed, not beside… and she is not good at sharing… so I and Peaches had to work around her… finding our spaces to sleep about the dog…

Randy
Posted by Randy Hees at 7:57 PM No comments: